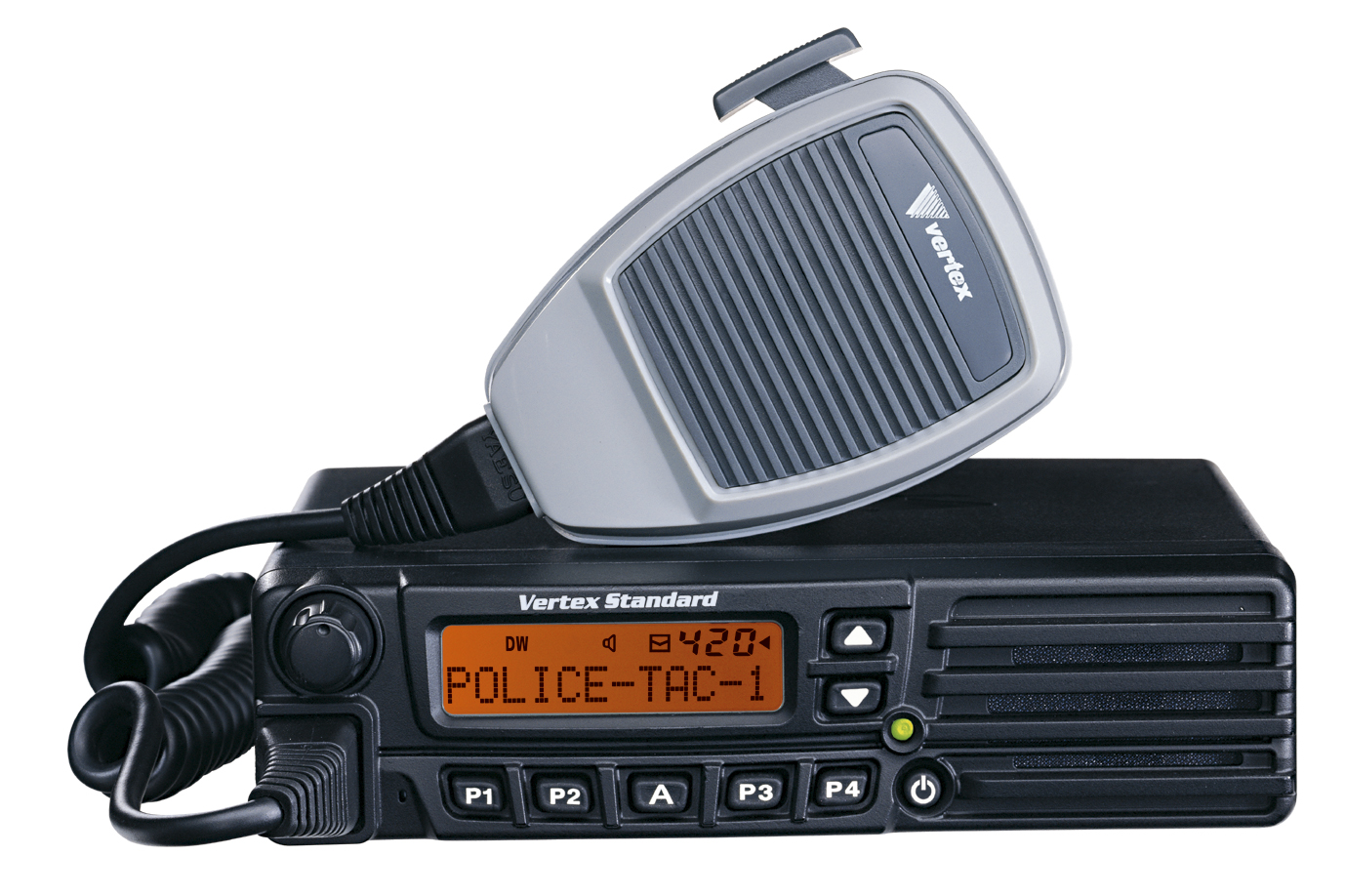 The Vertex VX-4200 professional series mobile radio is available in UHF or VHF and has 45-50 watts of power with 501 channels.

Most police departments have radios, be they hand-held portables or mobiles installed in their vehicles that operate in the UHF Band. However, most fire departments are similarly equipped with communications products set to frequencies in the VHF Band.

A cost-effective solution is now being offered by Vertex Standard USA in its Interoperability Receiver Board (IRB) that can be installed on the company’s public safety oriented mobile series, the VX-4100 and the VX-4200.

With boards installed into each department’s mobiles, they can monitor, on a real-time basis, the other department’s communications. At the same time they do not miss any calls on their own dispatch channel – which has priority.

Two Way Direct rates this mobile radio as a Professional Series Mobile Radio with a 4-Star Durability Rating based on Military Specification Standards. The MIL-STD-810 series of standards are issued by the United States Army's Developmental Test Command, to specify various environmental tests to simulate conditions that the VX-4200 will encounter in the field.