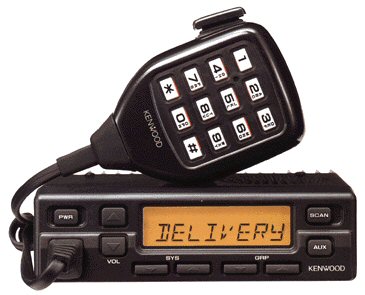 The Kenwood TK-941 is probably the worst choice for using on the amateur radio 33cm band. Why, you may ask is the 941 the worst choice? The fixed -39MHz offset that is embedded in the firmware of the radio. The commercial 900MHz band uses a -39MHz repeater offset and this offset is not changeable in the radio unless you can find where it is located in the firmware and rewrite the firmware to the radio. There is only 1 version of the TK-941, they are all 15 Watt radios with 32 Systems and a total of 250 Conventional memories.

This radio is usable with 25MHz amateur repeaters as well as odd split repeaters, to get it to work on the amateur band you must do the "scan trick". The key is programming all the transmit frequencies in one System and in different Groups with the receive frequencies in another System in different Groups. This is clumsy and awkward to say the least. The other "gotcha" part of the "scan trick" method is that you cannot press the PTT until the repeater carrier has dropped out or the radio will be stuck on that System, which will be the receive frequency (repeater output), which if programmed correctly, has transmit disabled- wow this is awkward, but there is a fix for this- see the "Downloads" section of this website for the PTT modification.

The front panel of the TK-941 has a 8 character alphanumeric display, the front panel keys are programmable in KPG-25D. The "Scan" button is the scan feature (but is also programmable), the "Aux" button is programmable for several features such as, Scan Add/Delete, Manual Relay, etc.. There is also the Power button, as well as the System up/down arrows- for scrolling through the programmed Systems, and the Group up/down arrows for scrolling through the programmed Groups.

The radio has a small coax pigtail coming out the back of the radio which terminates in a female N-Connector.

The Kenwood TK-941 mobile radio is programmed using KPG-25D which is DOS based software and these radios use the KPG-4 Serial DB-9 program cable- USB will NOT work! Programming of the TK-941 radio is covered in the TK-941 "Programming" section of this website, also covered is what makes this radio really shine as a great radio- using it to build a repeater! 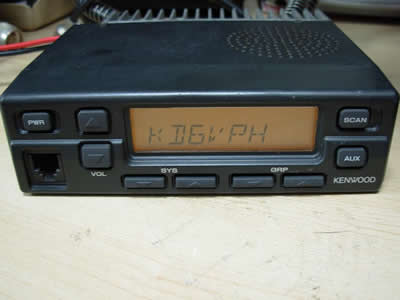 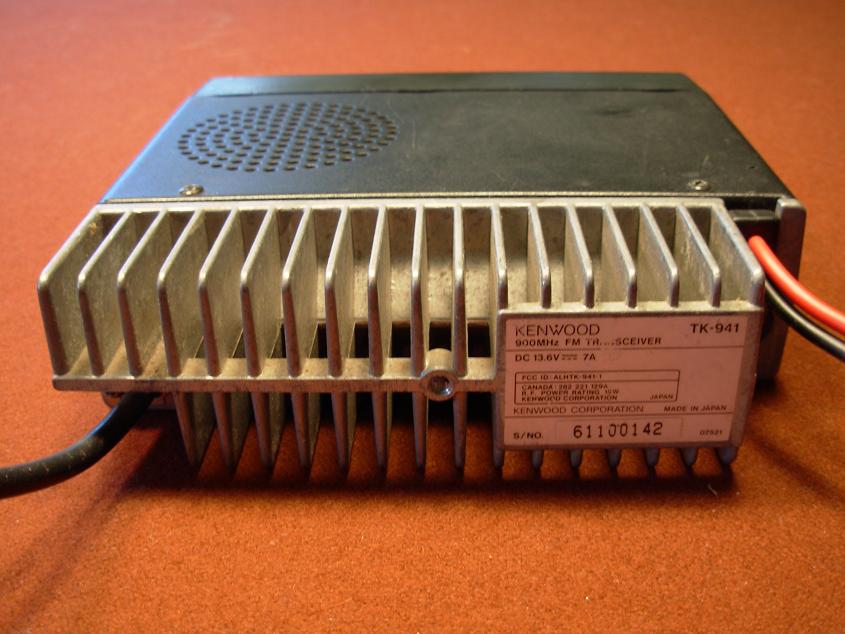 More on the Subject of Firmware....

While we are on the subject, the firmware is editable using a Hex editor and also rewritable to the radio. Using an early version of Fpro (a DOS based firmware programming program) the firmware can be rewritten to the radio by holding the System Up Arrow for 5 seconds while powering on the radio- the display will say "PROG". I have attempted to try and edit the 941 firmware and not made any progress. The attempt I made was to take the firmware from a TK-840 (UHF radio) and edit it so that it could be written to the 941. This "editing" required that I take the firmware from the 840, Hex edit the checksum (found in 2 places in the file) to match that of the 941 and change a few other items in the Hex as well. This did not work as it ended up locking of the radio, which was cured by rewriting the original firmware to the radio- unlike Motorola radios, you just can't kill a Kenwood with bad data!

If you examine a saved .910 file, this is the data file that KPG-25D writes to the radio and saves that has all the frequencies, tones, System and Group names etc. you will see that where the 1st System and Group frequency is saved there are actually 2 frequencies (2 identical pairs of Hex) written in the file. One of the 2 frequencies is the receive frequency, the other is the transmit- this transmit frequency is ignored by the radio- you can change it all you want with a Hex editor and the -39MHz offset will still be there! The problem is finding where the offset is located, i.e. on what line(s) and changing it to 25MHz.

If anyone out there wants to take a stab at cracking the TK-941 fixed -39MHz repeater offset the checksum for the firmware is "AB00".